How I Met Your Mother and Broke Millions of Viewer's Hearts

I loved How I Met Your Mother.

The characters were charming, the writing was smart, and the storyline compelling.

And that’s why I wish I never watched the last episode.

It’s been almost a week since the blow that was the HIMYM finale left me sobbing on the floor. But the reasons may surprise you...

Did I want a happy ending? Of course! HIMYM was, at it’s core, a sitcom. We watch sitcoms to feel good, and while certainly the best ones have a touch of poignancy, we watch these types of shows to leave the stress and drama of our daily lives and feel happy. If we want “real-life,” we’ll watch one of the million shows that specialize in heartbreak like death, divorce, and stalkers.

But that wasn’t my biggest problem with HIMYM’s final episode.

Did I want Barney and Robin to go the distance? Of course! While they were both dangerously flawed characters, they were adorable. Only Neil Patrick Harris could have made Barney Stinson the inappropriate, broken, loveable man-boy that he was. And while my feelings for Robin weren’t as consistent, I always found her entertaining. As a couple, Barney and Robin grew together, and the fact that they experienced so many dysfunctional years leading up to their marriage was a testament to the fact that they were both willing to be vulnerable… eventually. Getting divorced so soon seemed to be a relationship cop-out.

But that wasn’t my biggest problem with HIMYM’s final episode.

Did I want Ted’s true love to last forever? Of course! Even though there were hundreds of times where I wanted to shake him for 1) falling in love like a Disney princess, 2) chasing after someone who obviously didn’t love him back, and 3) calling himself Teddy Westside. But still… I was routing for him. I wanted him to fall in love (with someone--anyone--other than Robin). And then when we met the mother, I fell in love. With her. She was perfect. Smart, pretty but not in that I’m-so-hot-and-you’re-so-not kind of way, funny, talented, and thoughtful. I was just so happy for them both. *wipes away tears* And then, poof. She’s gone. Dead. Without so much as an explanation.

But even that wasn’t my biggest problem with HIMYM’s final episode.

My biggest problem with HIMYM’s final episode was that too many of the characters didn’t grow, at least not enough. If there’s one thing I’ve learned as a writer, it’s that characters need to grow. The characters who start the book aren’t the same characters who end the book. And that’s the point.

Marshall and Lily evolved during the course of nine seasons, and for that I am grateful. Sure, they’re the self-proclaimed “perfect couple,” but we saw that it took some work to actually keep that title. After all, it’s harder to maintain a long-term relationship than it is to jump from one love to the next. So kudos to them.

Barney went right back to his womanizing ways as soon as his marriage ended (see The Playbook II). Did he learn nothing from his many years with Robin? I was delighted that Barney finally evolved after meeting his child, but by then there were only five minutes left in the series, so…

Ted was a love-at-first-sight romantic fool from Day 1. He spent years chasing Robin, who never quite cared enough. At some point, a maturing individual stops obsessing about people who don’t love them back. Not Ted. And even after the years he spent sharing mutual love with his wife, he still went foolishly back to Robin. Some would call that coming full-circle. I call that regressing.

As we now know, the ending was decided upon in the very first season. The concept was great. Romantic. Fateful. A fabulous idea... if nothing had happened in between Seasons 1 and 9.

But as all writers know, even if we think we know where a story is heading, sometimes it surprises us. Sometimes characters take on minds of their own and where we thought they were headed is miles away from where they actually wind up. This made the ending of HIMYM seem forced, rushed, and, well… wrong. The characters didn’t quite go where they were instructed to go. And because of that, we were robbed of their true journeys.

Don’t get me wrong. I still think the writers are brilliant. But sometimes, we writers have to let go of what we think will be the perfect ending, and let the characters guide us to those forever-final words.

My perfect ending? Barney has his “Perfect Month,” meets his baby, realizes that he was an immature, insecure mess, and begs Robin’s forgiveness. Robin, because she has evolved to realize that she and Barney had a connection that she didn’t share with Ted or anyone else, dares to jump without a net and give him another chance. And as for Ted? He lives happily ever after with his very alive wife, and, after he’s done with his “How I Met Your Mother” story, his kids slap him upside the head for acting like such a pathetic, desperate loser for all those years.
Posted by Ronni Arno Blaisdell at 1:45 PM 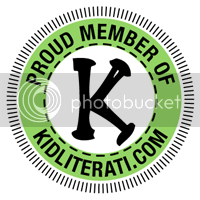