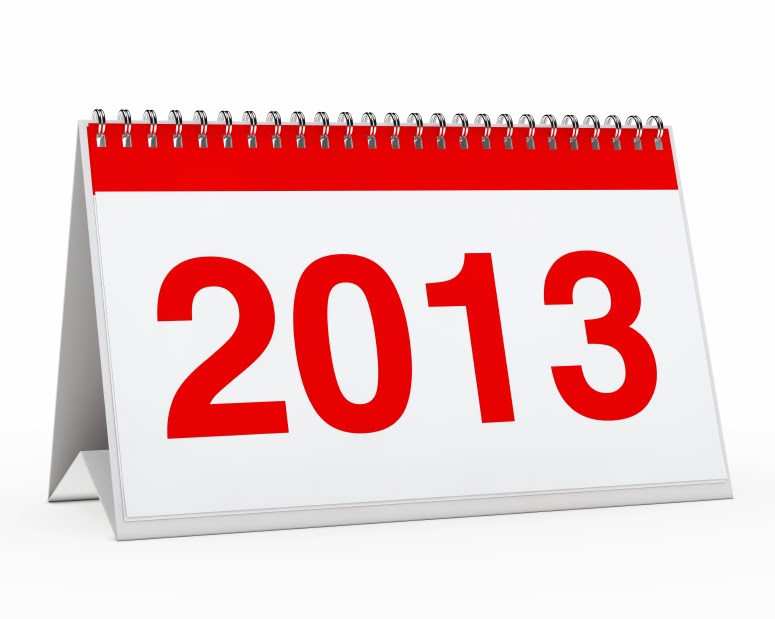 As I'm updating my blog with my new agent info (Eeep!), it occurred to me that I haven't actually blogged about anything since December of 2012. What the... Where did 2013 go?

When I sat down to consider it, I realized that I didn't write because I didn't think I had anything worthwhile to say. Which, as it turns out, couldn't be farther from the truth.

2013 was quite possibly the most important year of my writing life. It was the training year, the set-up year, the building year.

When I wrote my first manuscript in 2012, I had almost no idea what I was doing. I just dove in, because that's how I do most things. I'm not much of a look-before-you-leap kind of gal. Sometimes that works for me; sometimes I find myself living in a Hollywood Best Western (but I digress). While I'm still nostalgic for that first book (and someday may even go back to it), there was so much I didn't know. Luckily 2013 was the year to learn.

My friends thought I was crazy. You can imagine the conversations:

Friends:  You invited a group of people you don't know to your house for the weekend?

Me:  I checked them out.

Friends:  Did you do a background check? Through the FBI?

Me:  They seem really nice.

But, I trusted my gut (after all, I met my husband online, and he turned out to be pretty awesome). So, Jen, Melanie, and Alison came over one foggy weekend in January. And it was incredible.

We wrote, we ate, we shared ideas. We even Skyped with other Twitter friends (and hey... they weren't con artists either!)

I walked away from that weekend feeling, for the first time ever, like a real writer.

As luck would have it, a spot opened up in the coveted MGBetaReaders, an online critique group for middle-grade writers. Jen recommended me, and I was invited in. What a blessing! That group has been instrumental in helping me grow as a writer.

That spring, I attended the New England SCBWI Conference and the NJ SCBWI Conference, where I met even more supportive and talented writer friends. At around that same time, I started on a new middle grade manuscript. I spent most of the summer and fall writing and revising.

Meantime, lots of cool things happened to my writing retreat friends. Melanie signed with an agent. Jen sold a book. Alison's book came out. I was surrounded by greatness.

In December, my new manuscript was pretty much polished and ready to go. I entered PitchMas, and got in! From there, I got 5 requests. Then I entered PitMad, and received another 3 requests. I had a feeling about this manuscript. Of course those feelings ranged anywhere from "This is pure magic" to "This is unmitigated cow dung." But, deep down, I believed in it. And, what's even better, my critique partners believed in it, too. That gave me the confidence I needed to query my most-wanted agents.

That's how the year left off.

2014 started out pretty darn well... I signed with my dream agent. And it was all because of the work that happened in 2013. Sometimes that prep work happens in one year; sometimes it happens in ten years. But it does happen. I'm sure of that.

If there's one piece of advice I'm grateful for, it's my family and MGBetaReaders reminding me to keep going. Persevere. The journey to publication doesn't happen overnight. And it rarely happens alone. Keep writing. Find critique partners you trust. Research the agents that represent your genre. And tell your story... you're the only one who can.

Stay tuned for my next post, How I Got My Agent!